Believing in Unicorns…and Valuing Them

September 6, 2016    Comments Off on Believing in Unicorns…and Valuing Them    Posted in: General Biotechnology

This is a guest post from Rajan Pragani, an FDA scientist, as part of his final project the the NIH’s TECH 566 class . Dr. Pragani contributed to this blog post in his personal capacity. The views expressed are his own and do not necessarily represent the views of the U.S. Food and Drug Administration or the United States Government. Do you have a response to Rajan’s post? Respond in the comments section below. 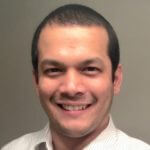 Unicorns, narwhals, and decacorns have all garnered recent attention for their frothy valuations. Once considered a rare find, unicorns (privately owned start-ups valued over $1 billion) now number 229 as of January 2016.1 The highest valued unicorns include famous tech stocks such as Uber ($62 billion), Airbnb ($25 billion), and Snapchat ($16 billion) but also include biotech companies such as Theranos ($9 billion), Intarcia Therapeutics ($5 billion), Moderna Therapeutics ($3 billion), and Oxford Nanopore ($1 billion).2 While these valuations are historically more normal for a publicly traded company, the large prevalence and size of unicorns have become a more recent phenomenon.

Private valuations of unicorn companies have come under scrutiny since the IPO of electronic payment provider Square.3 Worth $6 billion prior to going public, in 2015, Square went through an IPO at a valuation of $2.9 billion (a 52% reduction in value; Square’s current market cap is $4.0 billion). This has raised questions around the valuations of other privately held companies. For example, Snapchat and Dropbox have recently had their valuations lowered by more than 25% by Fidelity and Blackrock, respectively.3 Prominent industry leaders such as Bill Gates,4 Mark Cuban,5 and even SEC chair Mary Jo White6 have all sounded the alarm on these overvalued, illiquid private investments. Additionally, the current questions regarding company value is not directed toward companies that have developed problems related to their core business such as Theranos’s blood test irreproducibility,7 a more typical risk involved with early-stage investments. Rather, the general question of whether there is an across-the-board bubble in the current valuations of unicorns (many of which have little to no revenue) is being asked.

So, how do we get to such high valuations of private companies? Are these companies worth as much as they say? With regard to the fundamentals when valuing a private company, one generally examines the value of assets (physical, IP, principals, employees, customer network), market potential (market size, barrier to entry, competitors), and income valuation (future cash flow).8,9  Observing public companies in the same market and comparing operating margins, free-cash-flow, price-to-earnings, price-to-sales, price-to-book, price-to-free cash flow and EV/EBIDTA is also important in providing a frame of reference. Recent IPOs, acquisitions, and mergers of similar companies can play a similar role.

Private entities use these principles in addition to more subjective practices to trade smaller stakes in the private market.10  The value of these smaller stakes are often extrapolated to determine the overall company value. However, these smaller stakes can come with different provisions such as liquid preference (guarantee of initial investment plus a guaranteed return) and ratchet (new shares granted if future valuations are below price paid; this occurred with Square). These types of guarantees have the effect of propping up the equity price until the company goes public and shares are sold and valued without provisions. Additionally, self-promotion and the subjective nature of placing value (both internally and from analysts) can lead to an overvaluation of the company worth. Internal figures or analysts may hype a company in order to hit that $1 billion valuation target, increase the future IPO price, or increase the future acquisition price. The publicity around a new company can belie the true progress in product or service development.

Generally, private company valuations are estimations, and “with limited transparency and the difficulty in predicting what the future will bring to any firm, private company valuation is still considered more art than science.”8  This can lead to erroneous valuations, where late-stage investors suffer a poor return on investment. Observers have noticed a recent reluctance of private tech companies to IPO because their valuations could be scrutinized by public markets and be reduced in price.

A possible consequence from the recent devaluation of several prominent unicorns such as Snapchat and Dropbox is a pull-back in VC funding. The rate of VC firm investment has dropped from a high of $37 billion (3Q 2015) to $25 billion (1Q 2016) (Figure 1).11

This however, has not prevented the collection of roughly $12 billion (1Q 2016) from pension fund, university endowments, and others (Figure 2).11 This is a value that approaches VC fundraising levels during the dotcom bust era as investors look for larger returns (e.g., in comparison to US Treasury securities returns). Eventually, this new money will have to be invested, and a return often through a public offering or acquisition must be realized. But as of 1Q 2016, no tech companies and 1 biotech company (Editas – the Crispr/CAS9 Boston startup) has gone public and M&A activity has been subdued. Unless the IPO and M&A markets get back on track, this could create somewhat of a bottle neck for new investment in the short-term future, due to a loss in confidence for a monetized exit.

Figure 2. Amount of money US VC firms have raised per annum

Often swept under the rug is when private investments turn sour.12,13 Startups that do not succeed, collapse an average of 20 months after their last financing round and after raising roughly $1.3 million. This is not an insignificant amount of money, and VC firms typically rely on about a quarter of their investments to pull through for an acceptable overall return rate on a basket of investments.14 This places a large weight on those billion dollar unicorns and the accuracy of their valuations.

However, if unicorn valuations continue to fall, how will that affect the appetite for private investment in early stage tech and biotech? Will sentiment prevent the next great biotech discovery or iPhone app? Although funding is becoming more selective, unicorns will not go extinct. Valuations may have overshot, but it is evident that technology provides investors with strong capital returns compared with other financial products. Recent increased VC fundraising has demonstrated an appetite for better and diversified returns from pension funds, endowments, and individual investors.11 There also remains a push for technological advancement with less concern on the return (e.g., 1-way missions to Mars, disease foundations, non-dilutive research grants, billionaire philanthropy) to support private investment.

It’s clear that future economic growth and even national security will rely heavily on tech innovation, drawing large support from the US government. Additionally, investors are in need of tech-sized returns. With these certainties, even with a pause in tech startup sentiment, investors will continue to throw money at the most hyped and supported tech areas, producing more unicorns and decacorns far into the future.

Rajan received his B.A. degree in chemistry from Goucher College and his Ph.D. degree in organic chemistry from Scripps Florida, focusing on total synthesis. He then moved to the Max Planck Institute in Berlin, Germany as an Alexander von Humboldt Fellow to work on chemical biology and learn a little German.  He returned to the US and spent time as a medicinal chemist at the NIH before recently moving to the U.S. FDA to review drug applications. Since work is not the only thing in life, it should be known that Rajan is an avid soccer player, a recreational hiker, an enthusiastic traveler, and enjoys learning about different cultures.