Patent misuse in the Pharmaceutical sector

This is a guest post from Avneet Heer, a student in the MS Biotechnology BioBusiness Track at Georgetown University. Do you have a response to Avneet’s post? Respond in the comments section below. 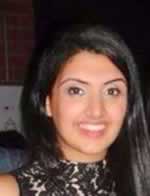 Politics, lobbying and monetary incentives have an increasing influence upon patent policy, especially drug patent policy. This has led to concerns over the misuse of drug patents by the pharmaceutical sector, and questioning of drug pricing policies. Are drugs really being priced in a way that is beneficial and accessible by the masses?

More often than not, drug company R&D investments are not proportional to the profits they earn from their marketed drugs. Instead, there has been an increasing trend for pharmaceutical companies to in-license the patents rights to drugs developed by smaller companies and then extortionately elevate the price. Traditionally, large drug companies have in-licensed late-stage compounds as they are a less risky investment than early-stage compounds. This is the most financially conservative route from the perspective of the pharmaceutical company. However, the declining availability of commercially attractive unlicensed late-stage compounds means that pharmaceutical companies are now turning their attention to compounds earlier in the pipeline. Whilst this is good news for small early-stage companies who can exploit this new dynamic via negotiations that offer them attractive out-licensing terms, the ultimate financial burden still ends up in the hands of the payer. When not in-licensing compounds, pharmaceutical companies are acquiring patents to pre-existing compounds and using monopolistic controls to raise their prices by as much as 500%, as seen in the case of the EpiPen.

From a legislative stand-point, the prohibition of importing non-FDA approved drugs allows pharmaceutical companies to discriminate against patients in the United States on an economic basis. Furthermore, the federal government is restricted from negotiating prices on behalf of American citizens, despite this being a commonly used mechanism in several other nations. This leaves the price settlement of patented drugs under the control of the drug companies. As a result, more often than not, American patients pay more for drugs compared to patients of other nations, for example critical cancer medicines can cost as much as 600 times more in the United States than other countries.

The original intent of patents

Across history, and across nations, the essential purpose for the creation and implementation of patent policy has been uniform. This has been to actively encourage the development of novel and non-obvious inventions, and to encourage the disclosure of such inventions to the public. The secondary effects of this has been the improvement of society as a collective entity.

The first United States patent was signed by President George Washington and granted to Samuel Hopkins on July 31 1790 for a process of making potash, an ingredient used in fertilizer. In 1790, the granting of this patent was designed to protect the monetary value of the invention and to advance the economy and well-being of the nation. There was little left to ambiguity and the consequences of patent enforcement were clear.

In the pharmaceutical realm, the intangible concepts of health and life have an inflated value compared to other tangible entities. This distorts the transparency  of drug patent policies. In medical cases, a moral duty and ethical obligation on behalf of the payer means that drug companies can act in an exploitative way. For example, if an automobile is priced extortionately high there is no moral of ethical obligation that one should feel able to purchase it. In direct contrast, if your child is born with a genetic defect the moral and ethical obligation to provide them with the available drug regardless of its price, is burdensome.

What is the answer?

Patents were intended to encourage innovators and to maximize the greater good. Today the privilege that they grant is easily abused. Patent laws should promote and reward progress, while simultaneously maximizing the good of all. However, when it comes to the pharmaceutical industry it can seem that the rewards for the pharmaceutical companies exceed the benefits to society.

The utopic solution to the misuse of drug patents would be the re-integration of a balance between the use of patent law to encourage drug development, and the needs for patients to benefit from those drugs without facing financial hardship at the individual level or at the state and federal level. Without doubt, it is imperative that drug companies are incentivized to stimulate innovation, however society as a whole needs to control the direction of such incentives to ensure that the right kinds of research and development are occurring, not only the most profitable ones. Legislative reform should be utilized to ensure that in return for protection against competition the price of patented drugs are directly proportional to their cost of development.

Avneet Heer is a student in the MS Biotechnology BioBusiness Track at Georgetown University. She has a degree in biochemistry from the University of Leeds, UK, and also has a wide variety of experiences in the pharmaceutical sector. Previously she worked at UK and Ireland headquarters of Johnson & Johnson in the pharmacovigilance department, where she facilitated an international drug re-launch.