Brexit and British Biotech; A Second Look from ESOF 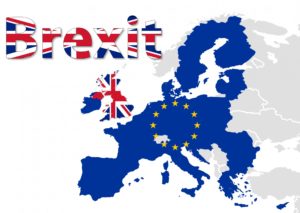 In the wake of my recent post on the potential impact of Brexit on British Biotechnology, I am fortunate to be at the European Science Open Forum (ESOF).

The EuroScience Open Forum (ESOF) is a biennial, pan-European, general science conference dedicated to scientific research and innovation. It is similar in scope to the AAAS conference in the Unites States. ESOF generally attracts more than 4,000 participants, and this year’s attendees hail from 83 countries, so the geographic draw is certainly larger than Europe.

While local political leaders have been hesitant to make any predictions about the impact of Brexit — after all, the exit is at least two years away and exit negotiations have not yet started — they have been quick to outline the strength of UK science. Anecdotal discussions at ESOF have added further perspective.

Firstly, it is worth noting that Switzerland and Norway are able to benefit from membership in the European Free Trade Association without being EU member states (Complicating matters, control over immigration was one of the rallying cries for the Brexit “Leave” vote, but the EU trade agreements with Norway and Switzerland come with requirements for free movement of people).

So, in broad economic terms the UK could come out ahead. The UK has a trade imbalance with the rest of the EU; it imports more from the EU than it exports, so it is less reliant on EU as a market than the EU is on the UK for its market. Accordingly it is likely that the UK will be able to negotiate trade agreements on favorable terms.

Will the UK lose out on EU research participation after Brexit? Not likely. While it is true that some current projects have been complicated by uncertainty about funding availability for British members, the EU has broad research programs which extend beyond its borders. For example, Norway, Switzerland, and others well beyond the European continent participate in the Horizon 2020 research programs.

In my previous Brexit article I made predictions about the UK losing out on the global share of students studying abroad. But there is an important consideration — English is the lingua franca of science, and UK schools natively employ English. For students from whom English is not a native language, this could help the UK retain its attractiveness as a location for graduate studies and ongoing research.