July 27, 2016    Comments Off on Will Brexit Actually Happen?    Posted in: General Biotechnology 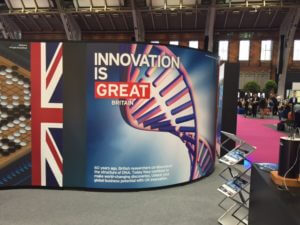 Following two posts on Brexit and British biotechnology, I would like to provide a perspective that turns everything on its head.

It seems increasingly unlikely that Brexit will actually take place.

The rationale for this argument has nothing to do with Britons having second thoughts, but is based on economic and legal arguments.

Firstly, the Brexit referendum of June 23rd was just a recommendation. For Britain to actually leave Europe at least two additional steps are required. Firstly, the parliament must repeal the 1972 European Communities Act which brought them into the European Union. This seems unlikely to pass given widespread opposition among members of parliament, although there are arguments that the parliament will not block Brexit.

Following parliamentary support for Brexit, the UK must invoke Article 50 of the Lisbon Treaty which gives them and the EU two years to agree the terms of separation. This is where the case against Brexit becomes strongest, because there are legal arguments that Article 50 is not binding. That is, the UK can trigger Article 50, then change their mind and not actually separate from the EU.

So even after initiating an exit, the UK can elect to remain in Europe if the exit negotiation terms are unfavorable. This situation, combined with the favorable negotiating position I described in my previous post gives the UK a veritable win-win.

The UK’s substantial contributions to the EU make it preferential for the EU to retain the UK as a member, so it seems likely that the UK will be able to negotiate for most of the conditions  (of not more) they desire should they elect to initiate exit negotiations. If the UK negotiators can gain even some of the terms sought by the Brexit “Leave” referendum supporters, then they can potentially reverse the Article 50 trigger and opt to stay in the EU — enabling the UK to simultaneously retain its EU membership and also declare a victory by advancing the objectives of the “Leave” voters. This outcome would also also serve EU interests, as they would certainly prefer to have clarity over the UK’s position as an EU member.

The longer-term impact, however, may be that other countries will trigger Article 50 in attempts to renegotiate their position in the EU and destabilize the union. And this is why the EU is vociferously calling for the UK to enact Article 50 and leave as soon as possible — even if they ultimately want the UK to stay.