This is a guest post from Susan K Finston, President of Finston Consulting. Do you have a response to Susan’s post? Respond in the comments section below. 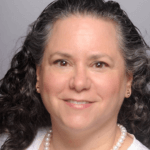 Back when I wrote ISO A Scientific Revolution in Cancer Research in April of 2013, I truly did not expect to be able to greet the revolution by year’s end. By December 2013, though, Science magazine anointed cancer immunotherapy as the “breakthrough of the year”, and pharmaceutical R&D for oncology immunotherapy has been surging ever since. This is really good news for cancer patients and their families.

But first, the backstory: Cancer remains the leading cause of death in OECD countries and second leading cause of death in the developing world. Despite the investment of over $100 billion dollars and increased understanding of the genetics of cancer tumors, the vast majority of patients still receive highly toxic chemotherapy – either on its own or combined with radiation and/or surgery. As before, cancers may routinely develop resistance to chemotherapies, and radiation may new cancers, placing additional burdens on patients, families and the healthcare system. So the  availability of funding for cancer immunotherapy represents an important hope for commercialization of safer, more sustainable cancer therapies.

Cancer immunotherapy seeks to stimulate the patient’s immune system to attack malignant tumors, recognizing that the central challenge of the disease is the inability of the body to recognize and confront uncontrolled growth of cancer cells. Bacterial immunotherapy in particular has a long history of nearly 150 years with observation that acute bacterial infections could shrink tumors, often contributing to complete remission of cancer. In the late 19th century, physicians in Germany and the United States observed that cancer patients with coincident bacterial infections experienced tumor regression. German physicians W. Busch and F. Fehleisen separately reported tumor regression in cancer patients with erysipelas infection.

Contemporaneous reports from Dr. William B. Coley, a New York surgeon, noted regression of malignant sarcomas in patients suffering from bacterial infections. Dr. Coley then systematically treated bone and soft tissue cancer with a bacterial vaccine that became known as “Coley’s toxin,” consisting of heat-killed streptococcal organisms combined with heat-killed Serratia marcescens (formerly known as Bacillus prodigiosus). Coley treated over 1000 cancer patients and achieved a high success rate in treatment of sarcomas, carcinomas (e.g. breast and renal cancer), lymphomas and melanomas. Coley’s toxin became the foundation for early cancer immunotherapy, only to be overshadowed by the emergence of radiation and chemotherapies.

At least for now it does not include Amrita Therapeutics Ltd. – an Indian biotech-startup that I co-founded with Ananda Chakrabarty that builds on our increased understanding of the important therapeutic role of bacteria and related peptides in cancer therapy. Ananda has been saying for some time to anyone who will listen that the evolutionary wisdom of bacteria may lead to a new golden age for cancer therapies and broader drug development. For my part, I have learned that the future is a mystery.

About the author:
President of Finston Consulting LLC since 2005, Susan works with innovative biotechnology and other clients ranging from start-up to Fortune-100, providing support for legal, transactional, policy and “doing business” issues. Susan has extensive background and special expertise relating to intellectual property and knowledge-economy issues in advanced developing countries including India and South Asia, Latin America and the Middle East North Africa (MENA) region. She also works with governments, and NGOs on capacity building and related educational programs through BayhDole25. Together with biotechnology pioneer Ananda Chakrabarty, she also is co-founder of Amrita Therapeutics Ltd., an emerging biopharmaceutical company based in India with cancer peptide drugs entering in vivo research. Previous experience includes 11 years in the U.S Foreign Service with overseas tours in London, Tel Aviv, and Manila and at the Department of State in Washington DC. For more information on latest presentations and publications please visit finstonconsulting.com.